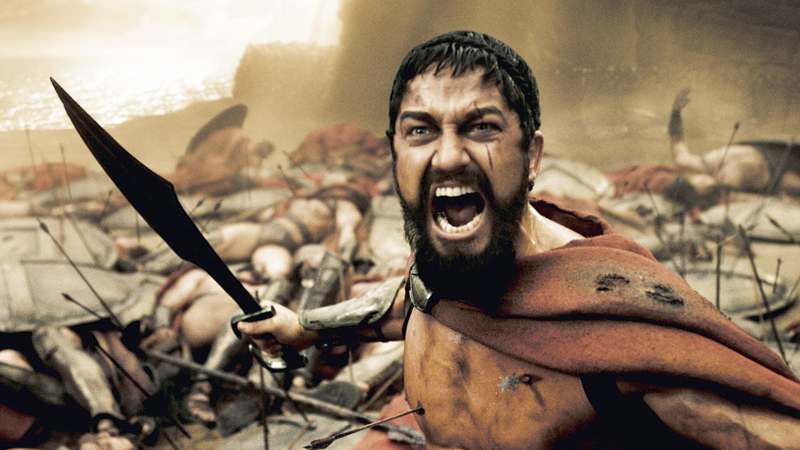 I had seen the trailer for this movie some time ago, and it was clear to me that it was one movie that I would stand in line to see! I was anticipating ‘opening day” for a long, long time!
And did this movie live to my high expectations???…………….
‘300’ was even better than my high expectations.
The Spartan fought as a unit just like in team sport. Each Spartan has its own position during battles, and the technicality of doing defence using shields and attacking using their spears was perfectly executed. Such choreography was stunning like watching a beautiful ballet dance.
Most of the movie was created virtually, but it’s not anywhere near the virtually soulless filth that was ‘Attack of the Clones’ (THANKFULLY!). This movie got its heart and the story is pretty good.
Some are People confused with their Greek history, this movie has never claimed to be historically correct as many have and will argue. 300 is loosely based upon the actual war between Persians and Greeks. But, seeing it has been adapted from a comic book by Frank Miller, what can we possibly expect?
If you see the movie then I am sure u will agree with me, Every single guy in the movie has a SIX-PACK with no hair on the chest I am sure not really all men looked like that in reality but movie drew them this way to look “heroic.” This is heroic nudity and is commonly used in Hollywood cinemas. Anyway, I am hitting the gym again from tomorrow.
WARNING: there are many disturbing battle scenes and a couple of short scenes with nudity(very well done)
Spend the money and the time! You won’t be sorry!