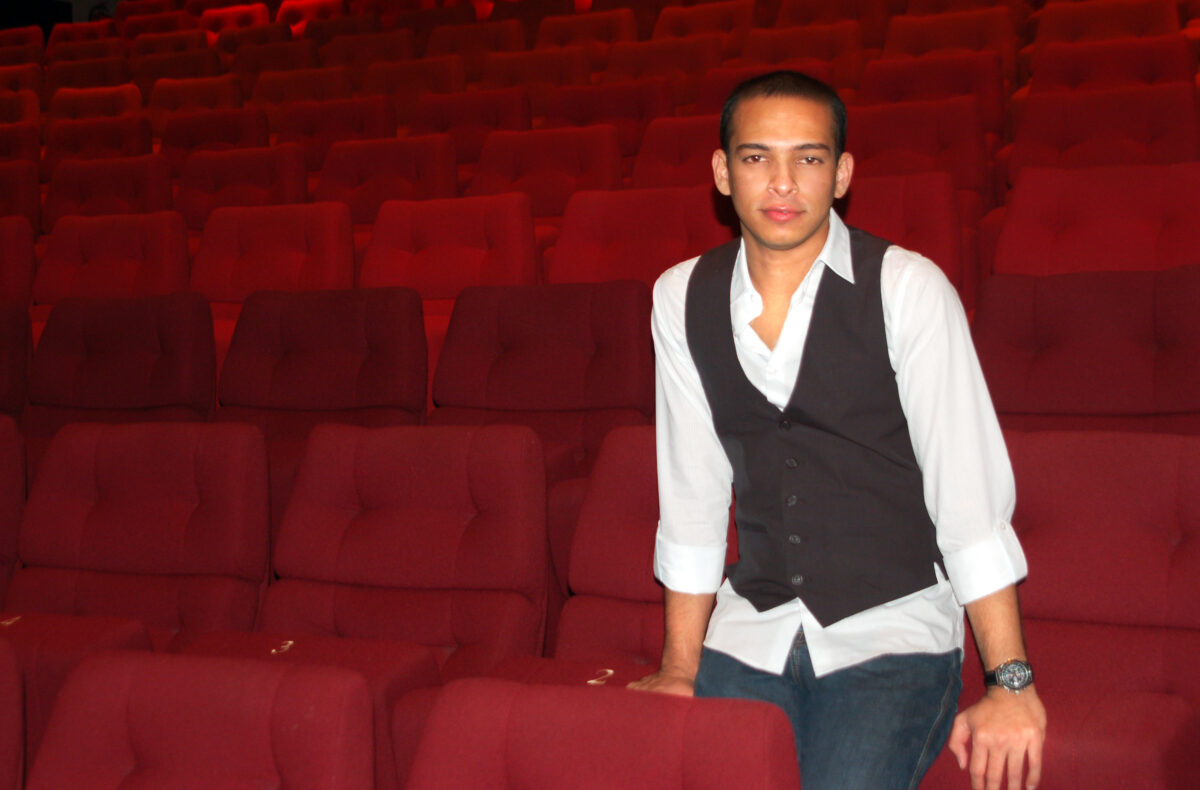 I was beyond chuffed to have been accepted as a BAFTA Connect member!

British Academy of Film and Television Arts is a prestigious organisation, and I am excited to network with creative leaders and my peers whilst celebrating excellence in this industry.

But this reminded me of my days working at film festivals when I was at UNI, and BAFTA was our opening and closing night venue.

While I started my Master’s in film studies at The university of west London (previously known as Thames Valley University), I was fortunate enough to have landed a part-time job at a Film Festival.

I still remember that day because I had an interview with the festival four days ago. As I was desperate, I ended up going to induction at a restaurant to work as a waiter, they asked me to buy black pants and a shirt and come the next day afternoon, But the next day morning, I had a call from the Film Festival to let me know they had offered me the part-time position.
I think the restaurant was lucky, as I would have been the worst waiter.

But this Job at the Film Festival ended up being a crucial stepping stone for my career in the Film industry, and I have advocated Working while you are studying to most of the young people I meet.

Working while you are at Uni obviously helps you with additional income, which may allow you to pay for college itself, student loans, rent or other aspects of student life, but gaining experience in the field you are interested in can take you much further.

Working with Film Festival while at Uni gave me hands-on experience. I started as an admin person, but within a month, I became the festival’s video content creator and produced interviews with well-known celebrities and Filmmakers.

Another benefit of working while in college or Uni is the opportunity to expand your circle, both professionally and socially.

When it comes to the professional networking aspects, you never know how the connections you make can help you down the line or throughout your career.

As part of my Film festival work, I met a filmmaker whose Film was at the festival, and I became Facebook friends with them, and after a few years, when he wanted to shoot a film in London, he offered me to be a Line Producer for it.

I remember the opening night party hosted at BAFTA. I was having a full-blown conversation with British comedian Meera Syal over a glass of champagne and working with Riz Ahmed for an event he hosted at the festival.
This brings me to the next benefit of working while you study, which is confidence.
As a teen, I always struggled with making conversations with new people. Being dyslexic, I always held myself back from talking to people and always used to be very self-conscious.
But working at a Film festival and attending film events, organising the filming, and dealing with talent and venues and work colleagues gave me reassurance and confidence, which helps me a lot even today.

Part of my Job was to film interviews, so I had to plan these videos and sometimes hire additional crew, so over time, I learned how to effectively articulate ideas and concepts to my team and work colleagues.

Other skills I developed were Time management, Collaboration and teamwork and Leadership.

Working in the field, you are interested in has many benefits.
That being said, work experience is valuable even if it’s not related to your field. No matter the Job, you will still have real-life experience and benefit from the transferable skills.

When you finish your studies, you not only have a Degree but also relevant work history credentials to your resume, which may improve your chances of finding your 1st full-time Job. It also puts you ahead of other students who only have Masters’s degree to show for it.

After finishing my Uni, I got a job at a production company based in SOHO as an Editor/media operator within two weeks.

Here are some Pictures from my early days at the film festival.