Will Smith’s ‘Bright’ had its European premiere on Friday 15th December 2017 at BFI Southbank, London.

It is Netflix’s highest profile movie release in 2017 starring Will Smith, Joel Edgerton and Noomi Rapace.

Last year it was the Netflix’s controversial Okja which premiered at Cannes.

‘Bright’ is quite an essential movie for Netflix, as they are hoping it will help them attract more A-list talent to their film division.

The movie has some great action sequences, the overall acting was on point, but for me, Joel Edgerton who plays the Orc partner human cop (Will Smith) stood out to me. It was truly a fantastic performance.

The world they have created, where you see humans, orcs, elf’s and other magic folks leaving side by side is very much believable.

The movie also explores the cruel world of racial and social inequality, but I am not sure if it was executed properly.
Joel Edgerton’s character Orc cop is always racially oppressed by almost everyone in the film, but he absolutely has no voice.

The film will hit Netflix on December 22.

This was my 3rd attempt of watching the Schindler’s List. In past I had walked out of this film, as it was really hard for me to sit through it.

The Holocaust is undoubtedly one of the most significant and horrifying events of the twentieth century. From 1938 to 1945, approximately six million Jews were slaughtered, but one man ‘Oskar Schindler’ (played by Liam Neeson) decided to make a difference, by saving the lives of more than 1100 men, women and children.

Schindler’s List is captivating because the story it tells, the characters it portrays and the way it was shot feels very real to the audience. The black-and-white cinematography in here is magnificent. It helped to capture the ‘bleakness’ of the Holocaust, and also helped in getting a feel for the era.

I have always been a fan of Steven Spielberg. Call me shallow, but Jurassic Park is one of my favorite films. It offered me everything from a piece of cinema I want. But Schindler’s List is by far his biggest accomplishment.
I personally think he didn’t make this film as an epic film. It feels like this movie has a very personal meaning to him.

I never understood how the human race could get so low.
What’s really tragic about all this is how we are not able to learn from our past, from Nazi Germany to ISIS little has changed. 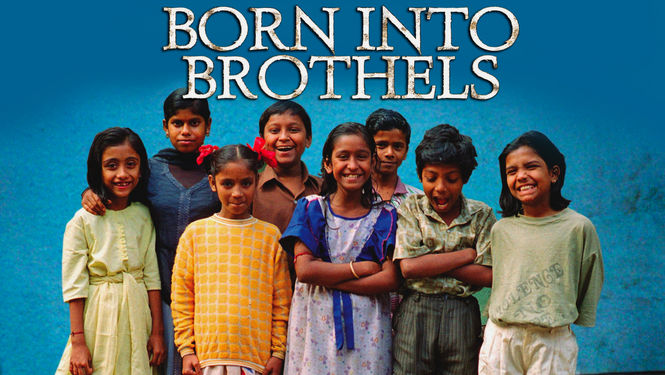 Born into Brothels represents the best and the worst in humanity. A woman tries to save children born to prostitutes in the Red Light District in Calcutta, India by teaching them the power of photography, when no one else cared.
Although sad due to the nature of the content, it is an uplifting story that inspires you to look wider than your own life to see how each one of us can have a profound impact on the lives of others.
This is one of the finest non-fiction films I have seen.
What was troubling to me was that never to see these troubled children again.
I didn’t want it to end so soon because I wanted to spend some more time with the children….
And wanted to see all of them out of this Brothel
I often disagree with the academy award nominations. Born Into Brothels is an exception, it was nominated and won!
India has a serious problem with sex trafficking and despite what anyone else might say, it’s being run by Asians. Unless there is a semblance of accountability in the public sector, nothing will be done. Everyone throws their hands up and says ‘Oh I’m not corrupt, but everyone else is, so what can I do?”
This film should be seen by everyone who has any sense of what the world is and can be if we give our attention and empathy to make it a better place
for me, the creators of this Documentary are the true hero. I just avoided all the crappy recent Bollywood movies so I wouldn’t start hating Hindi cinema. I was so excited about ‘Fanaa’ I dragged my friend who is really not a great fan of Bollywood, and then I pay 150 rupees in black for the ticket where the actual ticket was 40 bucks.
And what I get?
Absolutely stupid an irritating movie.
Fanaa has a poor script and a bad screenplay.
It just doesn’t have a flow and looks forced most of the times.
The characters are written too feebly to elicit any involvement
The way the romance develops between Kajol and Amir is forced and childish. There is no proper reason for both of them to fall for each other.
But while the first half is predictably cheesy, you don’t mind it much. Kajol looks beautiful, and Aamir has a good screen presence, and you think that the movie is going somewhere, but you are wrong!
2nd half is ten times worse than the 1st half
It’s an unbelievable story. I would say ‘Jurassic Park’ is much more realistic than this
Kajol has put a thick layer of makeup, and she can easily pass for ‘fair and lowly cream’ ambassador.
At a point, the movie gets soo boring and irritating that you want to go out and have nice hot corn for like 10-15n min while the movie is still running.
I enjoyed listening to the Fanaa music on my iPod, but the movie was so dragging that if I had a remote control, I would have skipped the songs (maybe the movie too)
Only one best part of the film is Ravi Chandran.s camera work.
Fanaa was the really big disappointment for me.
Now after all this I am sure you will still go and see the movie, but after the movie, you will think of this review.